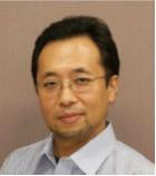 Fuyuo Sato
Before becoming a CRR faculty member, Fuyuo was a school coach, giving coaching sessions to teachers and office personnel at a private high school in Tokyo. Soon after he started his career as an English teacher, he began trying to find something beyond teaching because the traditional teaching style didn't seem to suit him or his students. In his exploring, he discovered coaching and he knew that it was what he had been looking for.

While he gave teachers information about coaching at his school from time to time, the school administration offered him a position to coach his colleagues. Within seven years, he built up more than 1200 hours of coaching to empower his colleagues.

Along with these activities as an internal coach, he started his career as a workshop leader/trainer outside of school. He has led a variety of workshops/training sessions in corporate settings as well as in the field of education and NPO.
​
As a trainer/workshop leader, he has developed the ability to clarify concepts to facilitate dialogue in order to deepen participants’ learning and strongly holds a safe/reflective space for participants. He is a good role model as presenter with sure presence, and was one of the breakout presenters, "One World, Many Doors" at the 2009 International Coach Federation Annual Conference in Orlando, Florida.
​
His expertise is in both personal and system coaching, and his clients have included families, couples, business partners, NPO board members, corporate managers, general managers, corporate officers, and executives.
Our Faculty